Guest Blog: Avril Joy on Finding Inspiration in a Place

This week, Avril Joy joins us as a guest blogger once again to share her thoughts and advice on finding inspiration from your local (and not so local) surroundings. 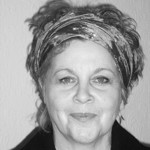 Finding Inspiration in a Place

As writers we are all feeling our way through the dark and into the unknown, growing our stories like swollen seeds on blotting paper, until they sprout, alive and green. But where do the seeds come from? How do we collect and keep them and how do we feed our Muse?

Each writer finds inspiration in her own way, but for me, landscape is invariably my Muse and the starting point for my stories and novels. When I travel, I feed her. When I find myself in new terrain or even when I go out walking nearer to home, it’s then, when I’m most connected to the land, that ideas come calling.

And it’s the watery places and flatlands that sing to me loudest. It’s these in-between places, interstitial space – marsh, estuary, seashore, river bank, fen – where liminality allows for a kind of haunting, a coming to the surface, a hidden story to emerge.

The power of landscape has much to do with where I grew up. We are, after all, ‘the children of our landscape,’ Lawrence Durrell. And mine was a tidal estuary on the edge of the Somerset Levels which I celebrated in my first novel The Sweet Track.

Much of the joy in writing that first novel was the opportunity it gave me to slip back in time to a world of playing out: over the railway line, past the pig pens, through cowslip fields, until we were up on the river bank where water would appear or disappear as if by magic. Where we caught crabs in the muddy pools, where we looked for lovers lying in the long grass or hoped for the dangerous glimpse of a snake curled in the sun. Summer evenings and a neap tide lapping at the sea wall, lambent and pearlised, it was our very own swimming pool.

When I left home for The University of East Anglia I found myself at ease in its flat, open lands of fen and broad, of skies beloved of painters and the wild east coast. Much later, when I began writing, I knew one day I would have to return to this world in my new guise. At last I have. My new novel, The Astronomer’s House, is set in the Cambridgeshire Fens.

I guess other places got in the way. There was Sri Lanka and India, the heat and spice, colour and cacophony which appear in a small way in my second novel, The Orchid House, the inspiration for which sprang from a day trip to the Lost Gardens of Heligan in Cornwall. I was so absorbed that day and so inspired by the gardens, half quintessential English, half jungle, that I refused to leave until closing. I sent my family away to come back and collect me later.

Gardens are also big on my list of inspiring places and food for the Muse. There have been cities too, notably Boston, London and Venice, their inspiration lingers but has yet to find a true home in my writing.

That I find my inspiration in this way has something to do with my love of the natural world and the pleasure I took in it as a child. Outdoors, life was miraculous, inside it was a different and darker matter. There was Thomas Hardy too. I grew up reading about a world described as I knew it, the personification of the landscape,the intimate connection between the land and its people. Who can forget the opening of the Return of the Native and that description of Egdon Heath?

Then there is travel itself, another liminality. When we travel between places, across borders, we find ourselves in limbo, and that I believe is a good place for a writer to be. It is a nebulous, open, disconnected place where magic can happen, where imagination, prompted by the assault on all the senses can roam free. When I am inspired like this, when the Muse is with me, then I know it’s time to go looking for voices, for the people who inhabit the place and the stories that live there.

Perhaps it is not surprising that in the end I let my Muse run wild and wrote about a place I’d never been to. An Arkansas river, in the 1930s, the setting for my novel, Sometimes A River Song. How I did that, how I wrote about a place I didn’t know and had never visited, is another story entirely. You can read about it here.